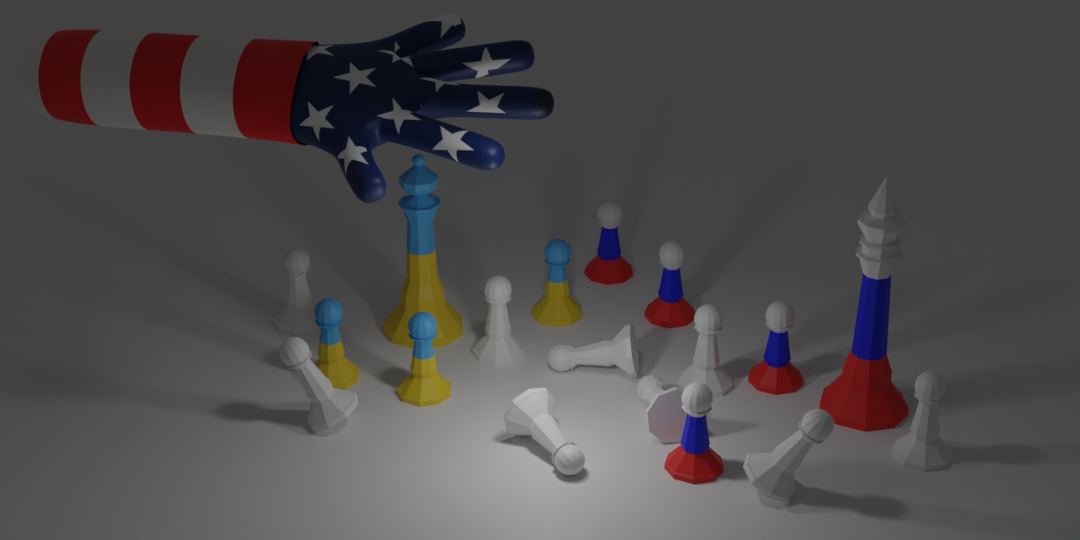 War in Ukraine: Individuals are the victims of States

Lucas Nunes
March 26, 2022
Philosophy
Should we care for Putin’s, Biden’s or Zelenskyy’s objectives, or for individuals vs States? Here is a question that is unfortunately forgotten by too many freedom lovers.
Français

The war in Ukraine is making a lot of people lose their minds, be they leftists or right-wingers. Some people see Vladimir Putin as the saviour of the West against the degenerated globalism led by the United States and the European Union, some other people see Putin as the new Adolf Hitler, others prefer to see him as the leader of some revamped USSR who is conspiring to conquer the whole Europe under the idea of Eurasianism, and some others even see the Russian president as a man who defies imperialist western capitalism.

Certainly, other theories have been forgotten to describe what Putin is and what his goals are — and if we blindly follow the propaganda coming from all the sides, the Kremlin, Washington and Zelenskyy, we may even come to the apparent absurd conclusion that Nazis from Ukraine are fighting Nazis from Russia to put an end to National Socialism.

Few people have noticed the very weird fact that the news turned to the war overnight and totally forgot to cover anything else, including what had been making the news during the last two years.

But the point of this article is not Putin’s motivations, nor Washington’s or Zelenskyy’s motivations, nor their propaganda. We have to talk about something much more important than two nuclear and bloody empires that fight for their own goals to the detriment of others: The individuals — the real victims of this conflict who are in the crossfire.

Geopolitics is complicated, if rational at all, we are talking about States with their international agreements that may change once a new regime comes to power. We have to make it clear: States are nothing but mafias that control specific regions and that do not truly represent the people living in that region. Indeed, it is impossible to have a collective representation, as each individual wants something different. Geopolitics, with respect to immediate personal freedom is, in fact, meaningless.

More importantly, innocent people in Ukraine are losing their lives, their livelihoods, their homes, their vehicles and many other things because of this conflict between the Russian State side and the Ukrainian and NATO States on the other. How come we forget that?

Apart from the first, direct, victims in Ukraine, several States around the world decided to forbid people from buying goods that come from Russia, especially Joe Biden’s America (the country that has used all its influence to force other nations to follow the same suicidal path). The Russian State also opted for forbidding individuals in Russia to export several goods to other nations, likewise a clear violation of property rights. Thanks to that, important commodities like fertilizers that we use to grow food (Russia is the second largest exporter of fertilizers), mineral fuels and other goods from Russia that are crucial to several supply chains are not available anymore to individuals abroad, causing the cost of life to rise, punishing average people, especially the low and the middle classes, both in Russia and outside of Russia.

Some libertarians confuse the Non-Aggression Principle (NAP) and think that this principle applies to States, but it does not. This principle can only be applied to legitimate proprietors, that means, the individuals. States cannot own any property legitimately. Everything the State has is stolen and the State is a major aggressor against individuals.

Right now, people in every country in the world are facing some general increase in prices thanks to the sanctions that are being imposed to limit their trade with individuals living in Russia. I do not intend to go further on the topic of sanctions being bad for the people and useless for the purpose that they want to achieve in this article, but if sanctions worked and harmed the tyrants on power, countries like Cuba or North Korea would have gotten rid of their dictatorships by now. Instead, the tyrants live luxurious lives while the average men, women and children living in such specific region controlled by the totalitarian regime under sanctions, suffer with poverty for generations.

In short, politicians are using the State’s monopoly of force to forbid international trade between individuals of different countries, forcing them into poverty in an already difficult period that was caused by the very same people in control of these States that imposed the tyrannical and destructive lockdowns.

A lot of people are debating which State is right and which State is wrong in this war — the very question embodies an incorrect, statist, perspective that was planted in our brains from our childhoods, thanks to the brainwashing that happens within the government controlled education. But only individuals can lose property in a war, not the State, because the State or a regime in control of the State is not the rightful owner of any property. Every State is a natural aggressor and only the individuals can be aggressed.

It is also important to say that every individual in Ukraine has the legitimate right to try to protect his life and property from any imminent threat if this individual wants to, be it the Russian military, the Ukrainian state, or any other individual or group initiating aggression against him and his property.

Everything starts with ethics. Ethics is a set of norms to determine what is the right conduct while interacting with other individuals. This set of norms has to be timeless, valid everywhere and valid for all individuals simultaneously without contradicting itself. The only norm that follows the aforementioned three criteria is the property law which has at its core Private Property, that starts with self-ownership, the concept that the individual owns his own body as he was the first person to make use of his own body.

The whole point of ethics is to prevent conflicts, first at individual level. Therefore, anything ethical that can be done to lower the level of aggression against the individuals inside Ukraine and also outside Ukraine, is a win for the individuals.

The peace between States and regimes that control the States, even though they are unethical and natural aggressors against individuals, will reduce the level of violence against the general public. Therefore, diplomacy between these States is a win for the people on all sides, especially because we are talking about a war that could escalate and could become nuclear, causing billions of victims and a huge destruction.

Unfortunately, wars are not only waged amongst those who are in control or who are loyal to State A or State B. In wars, many people are conscripted soldiers, that means they are forced to fight at the war against their will. They are sent to a probable death in the name of the State that forced them into that very conflict. War is chaos and general, uncontrolled, violence. Modern wars accentuate this, as more powerful weapons are used, weapons that are not made for individual self-protection, but for mass murder and mass destruction.

Modern wars do not happen in the open fields with one army facing the other directly, they tend to happen in urban areas, jeopardising those who are not taking part in the war.

Wars shall be avoided and if they happen, at any price, any cost. For peace we should dare say ‘whatever the cost’. Escalation into wars shall be avoided. Unfortunately, in the Ukrainian war, some regimes are willing to escalate the war to win the war — and to do that, they might even try to trigger World War III, something totally suicidal and genocidal with no winners or, perhaps, one group of winners, those who dream of depopulation and think that they will be alive to profit from a planet with fewer individuals.

Freedom lovers have to stick to the principles from where their rights come. Ethics must be the north star that guides us in a dark night. It is very easy to be absorbed by the Statist-Corporatist propaganda be it Western or Eastern, as we are bombarded by propaganda 24 hours per day, 7 days of the week, through our televisions and through the screens of our smartphones. But sticking to the principles is not difficult, the big issue is that many people who are sympathisers of freedom do not know what these principles are and suddenly, through their own ignorance, empower the State and those in control of the State, who are the very essence of all the evil and injustice that started the bloody war.

After every state of emergency, after each war, we lose liberty. The world was a much freer place before 2020, before 2001 and we can go on and on about that. World War II removed several of our freedoms and World War I did, as well. States were empowered and whenever the State gains more power, the individuals lose.