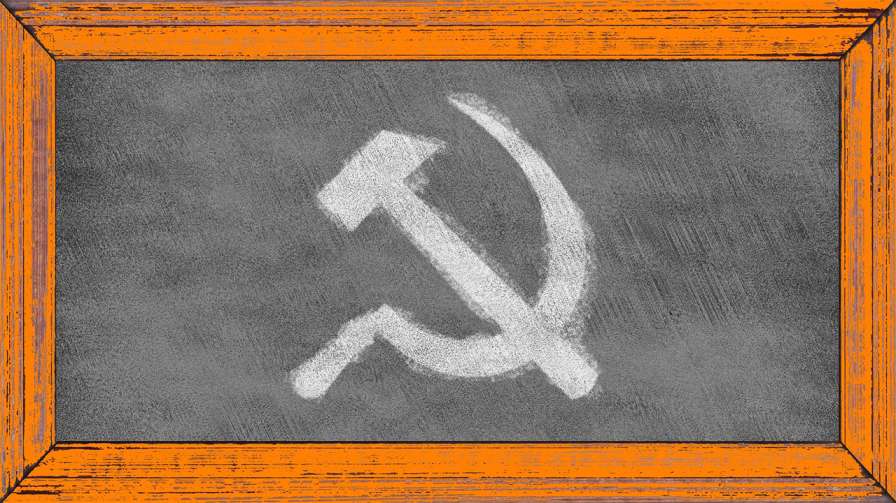 Fernando Chiocca
November 2, 2022
Philosophy
Much is said about education. In fact, it seems that saying that ‘education is the solution for the world’ is, alongside various forms of entertainment, in a hedonistic society, unanimous. I intend to question the reason for this fetish for education, but first I want to question why people turn to the worst means of realising this fantasy, the state.
Français
Español
Português

Everything supplied through the state is always of poorer quality and more expensive than when supplied by the market. This is because the state is guided by political pressures, and not by the price system. No matter how badly government endeavours fail—more money will always be available. But in the private sector, if an entrepreneur fails and cannot meet the consumer demands, better and cheaper than his competitors, he goes bankrupt and everything he invested out of his own pocket or the pocket of investors is lost—and hardly investors who had losses will give you new money.

So, if one aims at higher quality education at affordable costs for the vast majority, one should support the immediate and total separation of state and education.

A question that arises is ‘how would the poor get an education?’ (As if stealing from some to provide education for others was an option to be considered and not immediately rejected!). We have current examples of very poor places, in Africa, China and India, where for-profit schools are attended by poor children, as can be seen in James Tooley’s book:

In countries like Brazil, we have recent examples of internet cafés operating in favelas and providing internet access to poor children there—and still, of course, profiting from it. And if internet is not education, I do not know what education is. Watch the video below about how the action of an entrepreneur changed reality in the Antares favela.

A pretext often used to justify the provision of education services through state violence is that of ‘equality of opportunity’, which would supposedly be achieved through the ‘universal access to education’. Indeed, how can anyone talk about ‘equal opportunity with universal education’ without starting by advocating that all children have a computer and access to the internet? Before socialists take this as another duty of the state, Harry Browne has already made us see what would become of us if the government took over the computer industry.

That said, and I hope it has become clear that those who value education services must demand that the state take its hands off this sector, I will now analyse this education fetishism. The dictionary defines fetish as ‘object to which supernatural or magical power is attributed and to which worship is given’—and it is exactly this behaviour that I observe in education. Does it really have this power to transform a country?

In 1961, Fidel Castro carried out a national education campaign and Cuba became the first country in the world to eradicate illiteracy. Cuba is now completing 50 years without illiteracy in 2011. And Cuba currently has the best education rates in the Americas. (We will rely here on the data provided by the Castro dictatorship.)

How is Cuba today? In the Americas, Cubans are only no more miserable than Haitians. Has universal and quality education been accompanied by poverty reduction? In these first 50 years, it seems not. Earlier this week, a report on Cuba by Agência Estado gave us an example of the situation there:

There is no official data on the percentage of unemployment, but people complain about the lack of opportunities.

Many Cubans offer themselves to tourists as informal guides and even companies in exchange for receiving payments. The story of intensive care physician Juan Pablo Luis is common to many Cubans. He left the profession to become a taxi driver. According to the doctor, the ‘quite painful’ option, was taken after his 11-year-old son was born and he saw the situation get more difficult. ‘I dream every day that I am working in my profession. I don’t like to talk about it,’ he said.

This story shows that giving everyone the opportunity to study what they want (even if the price is everyone’s misery) only creates this kind of bizarre distortion, in which being a taxi driver, which is a service that can be performed by someone who has never entering a classroom, pays more than the medical profession, which is a highly specialised service that requires many years of university study.

Without the price system to guide its decisions, the government overinvested in education, which is nothing more than a good, and the investment resulted in a resounding loss. Juan Pablo managed to fulfil his dream of becoming a doctor, but not of practicing medicine, as there is no market for him. The entire cost of his college was paid by the government.[1] And since the government has no money of its own, it took money from the entire population of the country. If it had been a private investment, he would have wasted his own money, but this and many other investments in education with no return were paid for by all Cubans. It is easy to see why misery reigns on that island.

Therefore, state education is not and cannot be efficient and, moreover, the universal education guaranteed through the state—and the result of a free market— is something that comes at a very high and undesirable cost, which is paid by the others.

In 1848 Karl Marx, in his Communist Manifesto, proclaimed: ‘It is the duty of the state to guarantee the public and free education of all children’.

Twenty-five years earlier, in 1823, the libertarian Thomas Hodgskin had warned, ‘It is better not to be educated than to be educated by your rulers’.

I stand with Hodgskin; what about you?

1] Another example of this type of misinvestment stimulated by the state can be seen in the educational bubble that the US is experiencing, but in this case, the damage goes to the students and their parents. See Doug French’s article, The Higher-Education Bubble Has Popped.