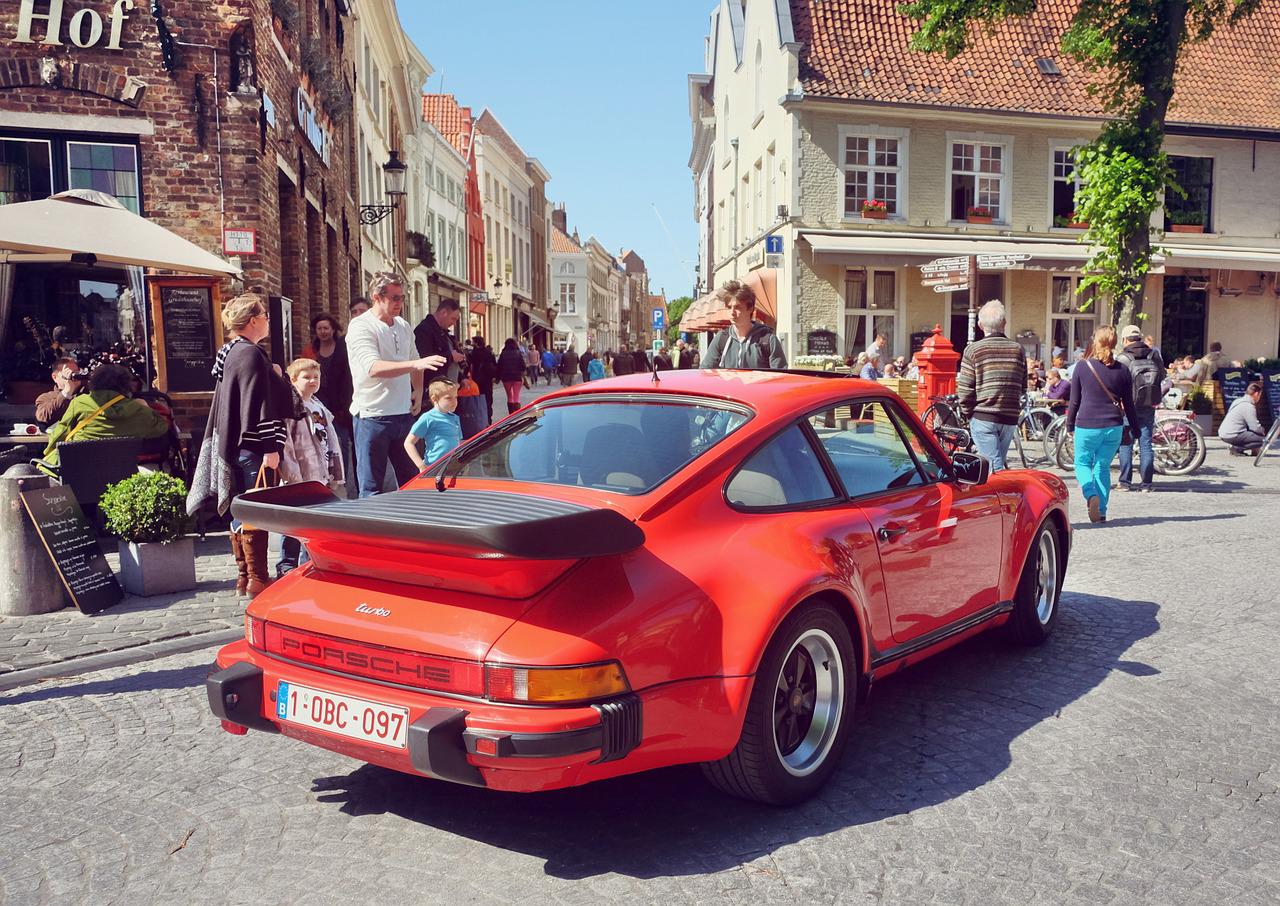 Horea Christian
July 8, 2022
Philosophy
Liberty respecters throughout the world have a bit of a love affair with cars, indeed it appears rather similar to the love affair which liberty disrespecters have with centrally planned golem conveyors. But is it just as dumb?

Well, in the simplest terms, no — cars increase geographic reach, expedite business, and improve recreation opportunities. If you’ve ever travelled by car as opposed to having to account for public transit schedules during a vacation, you know. Cars are awesome, and being able to use one always provides some extra benefit over not being able to use one — though depending on your circumstances that benefit may not outweigh the capital investment and operation/maintenance costs.

That however, is the crux of the matter: your circumstances. These depend on your environment, which in turn depends on the frivolous planning infatuations of people who aren’t you.

In light of that, it might turn out that pro-liberty car infatuation is quite a bit dumber than anti-liberty car resentment. Not necessarily due to utilitarian reasoning, but due to the fact that car maximalism betrays individualism in ways in which car opposition does not betray collectivism.

Freedom, though always and only enjoyed individually, is a concept solely pertaining to the interactions between people. The city is its smithy, where free men of ambitious spirit determine how they differ from subject men of no distinction — and what customs and consequently laws best enable them to attain their goals without incurring the ire of other equally free, ambitious, and unyielding men.

It must then be determined whether embedding a bias towards cars in custom and law — as a metric of liberty in its own right — accomplishes that. Thus it is clear that the car as an individual object is not the substantive point of the argument, but rather the principled preference of cars in the cultural vision for the future, and more immediately, car-centric city planning. And, of course, any X-centric city planning other than liberty-centric is antithetical to liberty and therefore to civilized cities.

This antithesis materializes in the fact that legislators and/or city planners can force you to be car-dependent just as that they can force you to be public-transit dependent — and often to far more deleterious effects. The epitome of modern urban dystopia, the American “city”, does precisely that — and did not in any case evolve organically based on market forces.

On the surface, car ownership can most clearly be imposed on you by zoning laws, whose most egregious progeny is the suburb. Far from being a luxury, the suburb home as an ideal is a fundamental affront to city culture. In the simplest terms, it exiles citizens to the modern equivalent of the hinterland, and incentivizes them to be subjects. It offers you the thin veneer of peace and refuge, and dilutes the opposition of a vigilant citizenry to festering subjugation and the occupation of their cities by interests other than those of their rightful owners. To add insult to injury, it makes citizens pay for their own exile via capital investment in automobiles and regular purchase of heavily taxed gas prices.

But to sweeten this bitter financial pill, car ownership is also imposed by subventions, i.e. extortion whose proceeds are partly used to pay for services not demanded by persons extorted. While common wisdom holds that this is only the case for public transit, it is in fact also (and perhaps more so) the case for cars. The dimwitted adage “who will build the roads?” asks about roads and not rails for a reason. Unlike much of rail infrastructure, easily ticketed at pedestrian entry points and historically privately owned, roads have been the purview of the state as a general theme. Unsurprisingly then, government road construction undermines your freedom not only via the coercive procurement of funds, but also the distortion of the market for transport.

But the sweeteners keep piling up. Parking minimum laws mandate businesses purchase and maintain parking spaces, so your employers and service providers get to coercively contribute to the cause of cars as well. Homeowners and renters do too, since eminent domain laws famously ease the purchase of land to build centrally-planned infrastructure on. In fact, it does seem miraculous that anybody was able to afford multi-lane city arterials, given the unavoidably high price of city real estate and the fact that unlike access streets, they degrade rather than enhance the value of immediately adjacent property.

At the very least, however, given the recent pandemic of hysteria and movement control, cars insulate you from denial of transportation services. Except, of course, they do not. Blocking road access is just as feasible as blocking rail access, with the extra difficulty directly proportional to the ticketing difficulty that makes roads less conducive to free market management. Nor would it necessarily be desirable to begin with to be insulated from encroaching restrictions on your liberty. An ever vigilant citizenry needs to demand politically reliable access to both road and rail, before they progressively end up losing access to even the pavement (as was recently the case in the PRC). Band-aid solutions wouldn’t do, even if car-centric city planning were one.

Nor in fact do cars (since we have previously compared roads to rails, perhaps a comparison of cars to rail-cars might be in order) insulate you from bureaucratic gate-keeping. Here again, accessing your car requires far more bureaucratic interaction, and therefore affords more opportunities for exclusion than purchasing a ticket. Similarly, growing hurdles are less likely to galvanize a response at scale — since the precedent of demanding self-deprecating compliance with bureaucratic whim in order to receive a license and own an automobile has long been established.

So why then this pathological infatuation with what is clearly a recipe for subjection? As with many poison pills in modern visions of liberty, the geographic origins are glaring. America — or, more broadly speaking, the British colonies.

Such places have seen two facets of liberty play out: merchant-republic capitalism (masterfully eulogised in Ayn Rand’s earlier works), and settler-colonialism (stubbornly clinging to life in the vast expanses of the colonies). While the carcass of the former still rots at the mouth of the Hudson river, the latter informs — and to the exclusion of almost everything else — what the people of the West’s largest county consider freedom should look like.

Not surprisingly then, in as far as people do desire freedom across the Atlantic, they desire settler freedom, and try to live out a settler fantasy in the “city”. And to predictably deleterious effects. The home is a caricature of a homestead in the suburbs. The shopping mall is a sort of ranch a short drive away. And the city itself? Well, that is a sort of coal-mine you drive into and out of as rapidly as possible.

Yet we in Europe are not burdened by such fantasies, and instinctively realize that the city is first and foremost a place where every opportunity is a short walk away; where walking is safe and inspirational; and where at the street corner you find the market or the agora, and not the intersection.

I have no vision of city planning to offer you, other than to remind you that free citizens come first, and that means of transportation are only appropriate in as far as they withstand a proper accounting of costs. I certainly know that car-centrism is excessive to the point of absurdity in the “cities” of many former European colonies. Whether it is excessive in Europe itself is more difficult to say, as cities have by inertia resisted car-centric mutilation, and there is significant car-resenting city planning at work in the opposite direction. In any case I doubt that coercive forces for and against cars have converged on an optimum, more likely on a bundle of hideously malformed compromises.

The furthest I can speculate is that the foremost means of transportation in a Free European city would be — as it has always been — the leisurely and assertive stroll, that fast-speed transport would be underground or overhead, and that whatever cars we’ll have better be awesome enough to justify the price of roads, every single hundred square meters of which might have housed or employed dozens of the world’s most productive people.

Horea Christian is neuroscientist, psychopharmacologist, and free software developer, working on neuroimaging and psychopharmacology, with a particular methodological focus on free, open, and reproducible research. His particular interests relating to freedom lie in how it can invigorate exploration and creation, as manifested in science and engineering. Over the course of his academic career he has studied at the University of Heidelberg (DE), the State University of St. Petersburg (RU), and the ETH Zurich (CH), from which he holds a doctorate. He has further worked as a researcher at the University of Oxford (UK), the Massachusetts Institute of Technology (MA/USA), and the University of Oldenburg (DE). He self-publishes numerous academic and software resources, best accessed via his website, chymera.eu