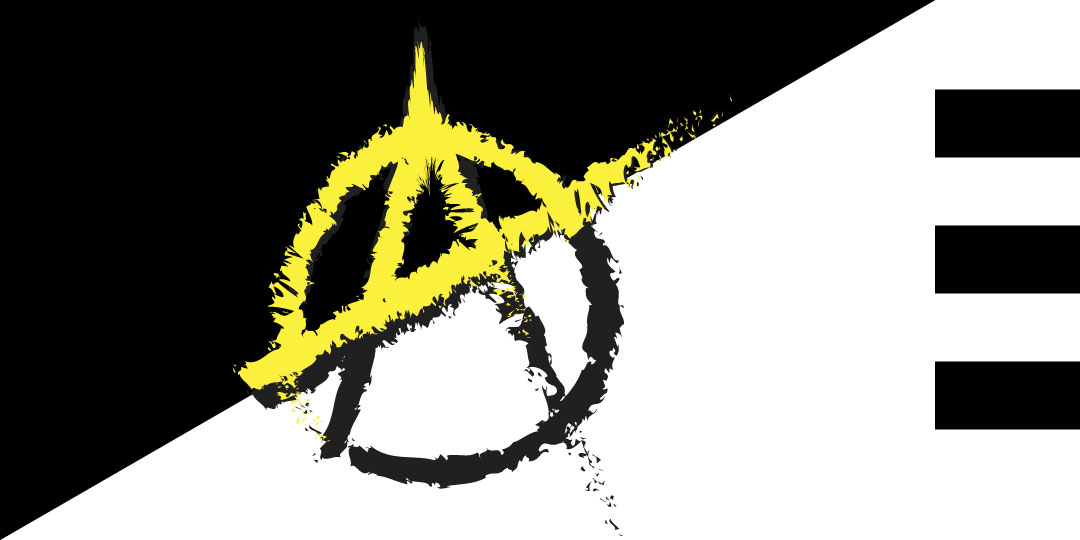 The anarchist Republic of Cospaia

Lucas Nunes
April 22, 2021
History
People often think that the lack of a government and the lack of laws would create some kind of Mad Max Society, where people would savagely kill each other. Hollywood certainly helped to shape our thinking about how the abstention of some authority would lead us to total chaos, after all, they have been making a lot of movies with themes such as the wild west since the beginning of the twentieth century. I am sorry to disappoint you, but the wild west was not that wild. Perhaps in another article I will talk about the Wild West not being Wild. In this article I will talk about something older and in the old continent.
Français

Before the nineteenth century, before the unification of Italy, in this same region, there were several small countries that existed for several centuries as sovereign nations, such as the Kingdom of Sicily, the Kingdom of Sardinia, the Republic of Genoa, the Republic of Venice, the Papal States, the Republic of Florence and some other realms. But this article is about the little Republic of Cospaia, a small nation that could be considered an example of an Anarcho-Capitalist society. The history of this nation would probably surprise a lot of people, as it was nothing like Mad Max.

Listen to this article

The little nation between the Papal States and the Republic of Florence had no government,  no laws, no police, no prison, no taxes and it existed for nearly four centuries, 386 years, to be precise, from 1440 to 1826.

The birth of a free nation

The birth of the Republic of Cospaia was caused by a cartographical mistake. In 1431, Pope Eugene IV needed money and he made a loan of 25000 florins from Cosimo di Giovanni de’ Medici, the famous banker from the neighbour country to the north of the Papal States, the Republic of Florence. Pope Eugene IV put up as a guarantee that he would pay his debt, the town of Bolgo Sansepolcro and its surroundings in the Upper Tiber Valley.

Nine years after, Pope Eugene the Fourth had not managed to pay back the loan and then he had to hand over the town of Bolgo Sansepolcro and its surroundings to Florence. Both parts sent surveyors do set the new frontiers between the two countries and they had agreed that the frontier would be ‘Rio’. Rio means river in Latin and several rivers in that region had that name. By a huge mistake, the surveyors of the Papal States had chosen one river called Rio and the surveyors of Florence had chosen another river called Rio to set up the frontiers. In between the two Rivers there was a chunk of land,  the region of Cospaia.

Cospaia, then, became out of the Jurisdiction of both Florence and the Papal States. The residents of Cospaia, even though they were mostly illiterates saw that as a great opportunity and declared themselves independent. Both the Papal States and Florence did not want to renegotiate the frontiers and then, both parts, did not try to integrate Cospaia into their territories. The mistake by the Papal States and the Republic of Florence became the fortune of the residents of the little hamlet of Cospaia and in 1484 the independence of the Republic of Cospaia was officially recognised.

How the Free Republic of Cospaia worked

The Republic of Cospaia had no army, it also did not have a jail. It also had no arbitrary laws, nor taxes. There was only a simple council of elders composed by the family heads that would meet eventually. They would meet at the Church of Annunciation, where we can still see a sign in Latin written: Perpetua et firmas libertas, which means: Perpetual and firm liberty.

This council was not in fact a government and it was summoned only eventually to handle decision-making and to handle disputes. Despite having no government and no rules, there are no indicators of Cospaia being a violent place. Quite the contrary happened throughout its history: It was a place that always attracted people.

The prosperous economy of Cospaia

In the beginning, the economy of the Republic of Cospaia was mostly based on buying and selling goods and bartering. And a lot of people from the surrounding areas were attracted to the country because of the inexistence of taxes, regulations and laws. The citizens of Cospaia were free to pursue their dreams and to do whatever they found more profitable, they were not obliged to waste their times with duties with lords and kings, they did not have risk their lives fighting wars that were only interesting to the nobles and they did not have to waste part of their labour to enrich the state. With freedom, the citizens of Cospaia only had benefits.

In 1574, the bishop of Sansepolcro, the neighbouring town that triggered the existence of the Republic of Cospaia, received from his uncle, who was a cardinal in Paris, a gift whose origins were from the New World: Tobacco seeds. Tobacco had arrived only a few years ago from the Americas in Europe. It was a fairly new thing for Europeans and tobacco got quite popular in a very short period of time. Tobacco leaves were used for their medical properties as they have anti-inflammatory properties and they were also used for headaches. When dried, the leaves were used to smoke, to chew and to snuff as well.

Soon after arriving in Sansepolcro, the tobacco became quite popular in the whole region and Cospaia’s tobacco became very popular due to its high quality. That happened because land and the regional weather were very good for the tobacco to grow.

In 1624, Pope Urban the Eighth, issued a papal bull, that means, some papal decree, threatening to excommunicate people that would use tobacco inside the churches. Even though that does not seem to be a very significant thing to alter the whole production and consumption of tobacco, how information travelled back then and the impossibility of checking the accuracy of the information made several rumours regarding the possible excommunication to appear, what ended up affecting the tobacco’s production and consumption. But not only false rumours regarding ban inside the church affected the tobacco industry. Other popes that came a bit after Urban the Eighth, tightened the restrictions regarding the tobacco and many places started to impose regulations and even bans to the tobacco consumption and production, throughout the time.

Especially the Papal States and Florence, the two surrounding countries that landlocked the Republic of Cospaia, had regulations or bans regarding the tobacco. But these bans and regulations did not affect the little Republic of Cospaia. The people in the republic started to profit a lot from these prohibitions of the neighbouring nations, as the pope didn’t rule over Cospaia.

Cospaia became some kind of ‘Tobacco Capital’ thanks to the restrictions of those neighbouring countries and it started to supply tobacco to the whole region, and the best of it: tax-free. The Cospaiesi tobacco is still famous and its cigar, that is still produced, holds a very good reputation amongst cigar smokers.

Another point that helped the economy of Cospaia to flourish was the fact that the little republic never discriminated anyone commercially. It was a true laissez-faire hamlet. Historically, the Jewish population was always targeted by the governments with sanctions in the surrounding nations. During some periods, the Jews were prohibited of trading with Christians and even forbidden of owning properties, but not in Cospaia, where they were always allowed to practice their commerce and to own property. Many tobacco warehouses in Cospaia were owned by Jews from all around the territory that we now call Italy.

The fall of the republic

In the eighteenth Century, Cospaia managed to resist even the invasion of Napoleon Bonaparte, but, a bit after Napoleon’s campaign was finished and his army was gone from the region, the economic success of the Republic of Cospaia started to bother the overlords of the neighbouring nations, that were greedy individuals that simply wanted to get their share of the profits of the Cospaiesi. The Papal States and Florence did not want some neighbours selling goods and enriching themselves while they were getting no money out of that. The pope Leo XII and the Grand Duke of Tuscany are reported to have been corresponded about how to take care of Cospaia and unfortunately, in 1826, they forced the citizen of Cospaia to sign the Act of Subjugation, otherwise, they would have to face severe consequences.

That was the end of an era. Cospaia was incorporated to the Papal States and each citizen of Cospaia was given one silver coin with the image of the pope Leo XII as a compensation for their loss of liberty and they were allowed to continue growing some limited quantity of tobacco. The inhabitants of Cospaia would later call this coin ‘papetto’, which means something like little pope, in reference to how little they have received for the loss of their. freedom.

After a few decades and a terrible blood bath that happened from 1848 until 1871, the Unification of Italy happened. All the sovereign kingdoms and other republics were forced into the new central government, the Italy we know today, and as Cospaia had already been previously incorporated to the Papal States, it became part of Italy.

What we can learn from Cospaia

Even though the free Republic of Cospaia came to an end, it can still teach us a lot about self-governance in a society. Cospaia, as a free, sovereign, anarchist republic that had a free-market economy and private property, existed for 386 years, so, it is not some failed anarcho-communist society like Chaz, the Marxist Capitol Hill Autonomous Zone that appeared in 2020 in the US and that lasted about a month and that was marked by violence, lack of organisation and scarcity of goods.

The free Republic of Cospaia can teach us that voluntarism works, that good ideas do not require force and that another way of organising the society is possible. It can teach us that we do not need those big governments to live well, nor in peace, that self-governance is possible and that we do not need so many rules and regulations as our overlords like to try to convince us that we need.

Especially now from 2020 and on, when the control and the governments are bigger than ever, when tyrants obsessed with power and central control are trying to reshape the world, perhaps the history of the free Republic of Cospaia can inspire us to reimagine and reshape the world we want to live.

This website uses cookies to improve your experience while you navigate through the website. Out of these, the cookies that are categorized as necessary are stored on your browser as they are essential for the working of basic functionalities of the website. We also use third-party cookies that help us analyze and understand how you use this website. These cookies will be stored in your browser only with your consent. You also have the option to opt-out of these cookies. But opting out of some of these cookies may affect your browsing experience.
Necessary Always Enabled

Any cookies that may not be particularly necessary for the website to function and is used specifically to collect user personal data via analytics, ads, other embedded contents are termed as non-necessary cookies. It is mandatory to procure user consent prior to running these cookies on your website.