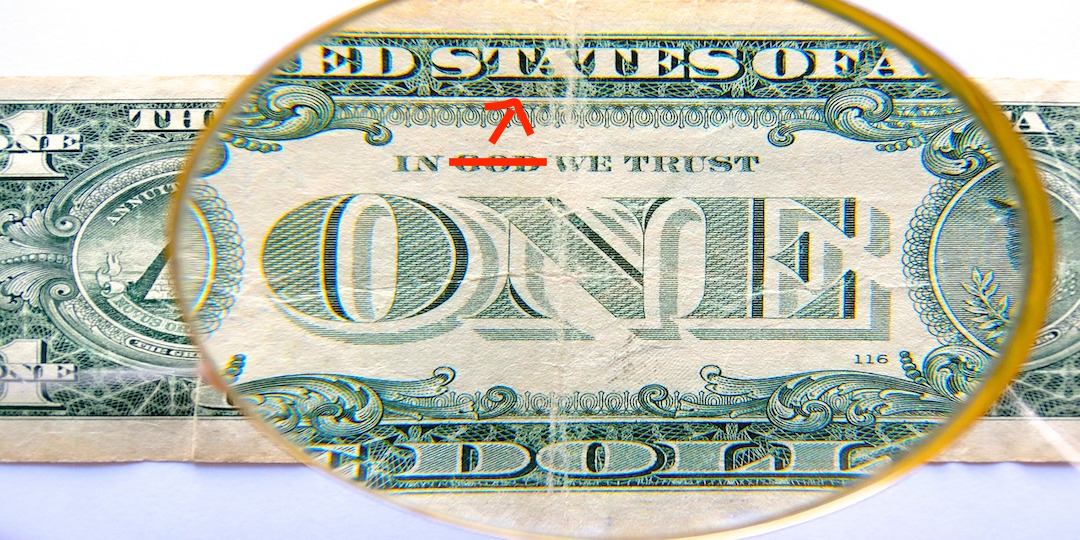 Charlotte D.
February 18, 2021
Philosophy
Karl Marx left a strong antireligion inheritance to generations of socialists, but why are religions so incompatible with socialism? Because socialism constitutes a religion in itself.
Français
Português

Years ago, my mother was telling me about the history of our family, when she mentioned that both her father and grandfather, apart from being non-believers, would refuse to step inside a church. I struggled understanding why, at first, until I paid attention to another thing they had in common: both were fervent supporters of the French Communist Party (‘Parti Communiste Français’ or PCF). My grandfather would keep a bust of Lenin on his shelf, would read ‘l’Humanité’[1], and, of course, would join his fellow comrades for the ‘fête de l’Humanité’, a huge celebration organised by the journal itself, annually, in his city, which had a mayor from the PCF and where most of the people were supporters of the party.

Their socialist beliefs were obviously the cause of their rejection of religion as there are indeed many antireligion incentives in the socialist ideology, which root themselves in Karl Marx’s ideas. Marx qualified religion as ‘the opium of the people’[2], and simply called for the abolition of what was for him a mere illusion; a reaction due to the suffering of the proletariat, and an instrument of domination for the bourgeoisie (‘the abolition of religion as the illusory happiness of the people is the demand for their real happiness.’[3]). It is, then, no surprise to see religious groups being constantly persecuted under socialist authoritarian regimes promoting state atheism. A good contemporary example is that of China, who is currently brainwashing its citizens from their early childhood into seeing religion as an enemy, and repressing religious minorities such as Christians and Muslim Uyghurs on an organised and extremely violent way.

Of course, we can ask ourselves: Why did socialists declare such a war on religions? Why are those beliefs such a threat to the state? Well, first, let us try to define what is the state (or government), the state in its contemporary form can be defined as a group of people whether elected democratically or having reached power through a coup-d’état, that has the monopoly of coercion to issue policies and set arbitrary rules, as well as to appropriate itself the fruits of the work of the rest of society through taxation, but yet many people personify the state as an entity with endless resources. French economist Frédéric Bastiat, had observed this phenomenon in his days: ‘[…] you have a profound illusion in your head that there are two factors in society: first, the men who make it up, and second, a fictional being known as the state or the government to which you attribute a cast-iron moral code, a religion, credit and the ability to spread benefits widely and provide assistance […]’[4]

The way people picture the state and behave towards it is actually curiously similar to how people would act towards a God. We could already find roots of this idea of God-like state in German Idealism, which largely influenced the Marxian Thought, philosopher G.W.F Hegel wrote ‘The State is as God walking on Earth’[5].

The following points will be reflecting aspects under which the government is seeking to attribute itself the role of God and how in this perspective, socialism is meant to be imposed as the sole religion.

Omnipresence is commonly defined as ‘the state of being widespread or constantly encountered’[6], which is why it also characterises God’s ability to be present at any moment, in any place, looking over His creation, observing men and their every deeds in their life journeys. Is it not that what the government has been trying to do increasingly through the years? Of course, the members of the state cannot conduct that task alone but they can delegate it to public workers spread all over a country, such as police forces, administrations, teachers etc., that will become the eyes of the government and report what they themselves observed or were made aware of by someone else. How many people were fined during lockdowns while not committing any actual crime simply because they were spotted by police officers or denounced by their neighbours who saw them? How many people were under government investigations wanting to protect the money they earned because they were denounced by their banks to government bodies? Citizens are simply deprived of their privacy in such a system, which explains the development of underground networks in those, that is, people trying to escape that controlling sight.

Omnipotence refers to ‘the quality of having unlimited or very great power’[7]. On the religious perspective, it implies that God’s power over His creation is matchless, unconquerable, always victorious and that His strength and ability to perform His sovereign will are limitless. It seems that the state is wanting to acquire this exclusivity of power. Indeed, it starts with increasing regulations over almost all aspects of people’s lives in social democracies like France and ends up with the government deciding who lives and dies in socialist authoritarian regimes like China. The lockdowns are a clear example of this growing greed for power. The government, under the title of a loving and caring God, decides it is safer for you to stop working and stay at home for an uncertain period of time, at the risk of losing everything you ever worked for, and if you do not obey it will use its monopoly of power and send police forces to punish you.

Omniscience can be defined as ‘The state of knowing everything’[8]. Indeed, God is the holder of truth, He possesses unlimited wisdom and knowledge of all things and He can choose to share this knowledge with human beings. The government seems to aspire to this Godly monopoly of truth and knowledge. Through its monopoly of education and government owned media, this idea grew, and many people nowadays do have faith that the state knows better than them what is better for them, and that they should comply to everything it says. The lockdowns are again a great example, we should all follow the government and the ‘experts’, without asking questions, because they cannot be wrong, and every narrative that will say the contrary or ask questions will be labelled as ‘Misinformation’ or ‘Conspiracy Theory’ and will be censored.

The concept of justice relies on the fact that a person receives what they deserve as a consequence of their behaviour, it is righteous, fair and objective. One of God’s most important features in Christianity is that He is just, He incarnates true righteousness, His judgments are fair and He expects humans to act according to his teachings. Just like God, the government wishes to establish its own justice. The fact courts are all government institutions doesn’t make it easy to oppose its decisions. While it holds the name of ‘justice’, it is not necessarily morally good. Social justice is an example of a corrupt type of justice, it can hardly be called justice as it is based on theft, taxation which is not voluntary constitutes theft, why would theft be illegal in society and legal when it is done by the government? A beautiful name for it and beautiful intentions as to how to use the money do not change the nature of the action.

Solidarity is an important aspect of Christianity, God wishes to see humans united and providing mutual support, especially for those in need. This is, indeed, quite honourable. However, the government twisted the meaning of this notion, calling for its own corrupt kind of solidarity. Taxation to fund Welfare doesn’t constitute solidarity, donating to a charity does. Why? because one is voluntary and the other is not, what makes solidarity such a beautiful gesture is the fact it is done on a voluntary basis. Some people try to justify those actions by saying that Jesus himself was a socialist, which is absolutely nothing else than a sophism, Jesus said for the people to help those in need, He didn’t tell them to steal money to do that, it was always meant to be voluntary. What is amusing is that most of the people do not even realise that the money they are begging the government for is actually their own money, the taxpayers’ money. That is due to the fact those people have so much faith in this God-like entity that they think can provide endless resources. Names used by the government to refer to the Welfare state such as ‘État-providence’[9] in France are of course meant to maintain the illusion. Frédéric Bastiat summed up the situation pretty well in the following quote: ‘The State is the great fiction by which everyone endeavours to live at the expense of everyone else’[10].

Now we can answer the question as to why socialists have declared war to religions. It is pretty clear that in his divine monopoly, no God wants competition, so if the government wishes to be the new God of the people, to have absolute authority over them, it needs to eliminate the thought of other Gods, providing teachings that are not those of the government, and which could jeopardise it.

Government members might be ambitious but they are still regular humans, and their attempt to usurp God’s identity is doomed to failure. Self-sufficiency is a key attribute of God that they will never be able to match, the government relies on taxpayers’ money for what it provides to people, God, does not. Everything He gives comes from Him and was not taken by force from someone else. It means that if the government puts in place poor economic policies, like it is often the case in socialist regimes, the state’s direct source of revenue and means of action will be affected and then, the fall of the regime will only be a matter of time.

So let us stop worshipping the government, giving it the God status the politicians aspire to, as well as the control of our lives. The state pretends to be a saviour when it is nothing else than a parasitic entity.