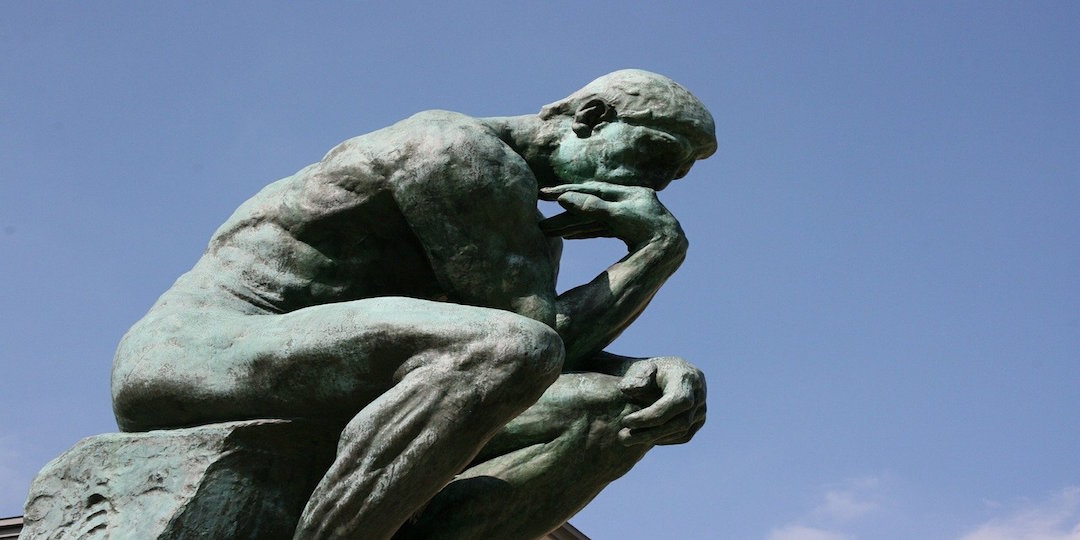 Do we need a government?

Imre Wessels
February 23, 2021
Philosophy
If we take a step back and look at the past two hundred years, there have been radical changes. Slavery has been abolished virtually everywhere, democracy is widespread, wars are less common, and world poverty has never been lower.
Nederlands

That begs the question of what the future will bring. Writer Francis Fukuyama once stated that we are at the “end of history.” His thesis at the time was that “liberal democracy” has won and that it will remain so until the end of time. But what if there are still plenty of changes to come? What if there is a better alternative to the status quo? What if we can even do without a government? It is not my goal now to refute every objection to a stateless society. My goal is to explore a number of arguments that make statelessness more plausible.

The government costs more and more

A government has a monopoly of violence. They can waste an incredible amount of money and never go out of business because they can always extort more. If there is still a shortage of money, the government can finance itself with the money press. The government has no reason to use tax money efficiently.

During elections, we were always told that leftist parties want higher government spending and taxes. In contrast, right-wing parties want to cut taxes and expenditures. Both stories are fairytales. The reality is that we pay more and more tax but get less and less in return.

Research by the SCP calculated that the government costs more and more while the service level is decreasing. The government used to have a broader range of tasks. For example, Father State organized the post, the telephone network, education was “free”, and we had a large army, should the Russians attack.

Nowadays many tasks have been privatized and ever higher contributions are being demanded in education and care. Both taxes and government spending have increased. The government does less but costs more and more.

You cannot increase wealth by distributing it. When the welfare state started, we all paid a little bit of tax and pulled the cart for those who needed help the most. But over time, more and more people jumped on the cart. Nowadays, more than half of all households in the Netherlands use at least one government scheme.

Let the image below sink in on you. The tax burden for higher incomes is above 50%, while that of lower incomes is above 40%. Someone with a minimum wage loses more than 650 euros per month in taxes. We would have fewer government-dependent people in the Netherlands if taxes were lower. 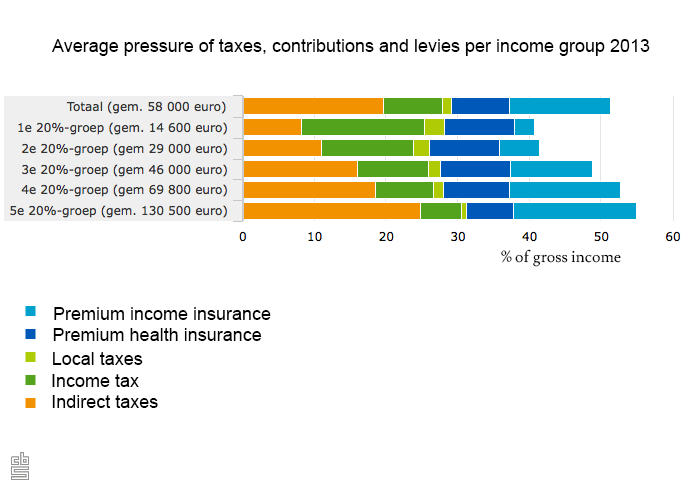 It is important to note that this does not even give an idea of ​​the actual tax burden. There are also numerous taxes that drive up the cost of products (import duties, fuel excise duties, etc.). These costs are ultimately passed on to the consumer. The actual tax burden is therefore higher than the above figure shows.

In every election we see politicians acting as auctioneers in stolen goods: “vote for me and I’ll give you money and make others pay.” Government is the fiction where everyone tries to live at the expense of the other. And of all the money that is redistributed also remains sufficiently attached to the ministries, working groups and committees. More than 30,000 civil servants work for the tax authorities alone.

US economist Bryan Caplan wrote in his book “The Myth of the Rational Voter” that voters are “rationally ignorant.” This means that voters consciously do not inform themselves. The “costs” of properly informing yourself are much greater than the benefits you can derive.

This is in sharp contrast to when people make choices in which they themselves feel the consequences. Imagine if someone wants to buy a new refrigerator. In that case colleagues and friends are asked for advice and probably a price comparison website is visited.

Since democracy makes the voter powerless, lobby groups have free rein to negotiate benefits. The largest lobby group that exploits voter ignorance is the civil service.

Another example: most of the EU budget is spent on agricultural subsidies. Suppose you want to abolish these subsidies. You can write letters to political parties, start an action group, organize protests, write an opinion, etc. – but even if you are successful you will have spent an enormous amount of time while the potential savings are only a few bucks a month. Nobody goes protesting for such a trivial sum. But it is worth lobbying for the lobby groups.

Democracy removes the freedom of choice from the individual and transfers it to the collective. The more democratically decided, the less your freedom.

There is an alternative

An alternative is a system called “anarcho-capitalism”. Economist Murray Rothbard described anarcho-capitalism in his book “For a New Liberty: The Libertarian Manifesto.” In Rothbard’s view, security companies would take over the role of the police. People would pay a premium for their security company or buy it together through a homeowner’s association. Private arbitration takes over the role of courts. Schools, roads, and healthcare are fully privatized.

Sounds strange? Before we put this idea aside, let us do a thought experiment. Suppose you go back in time a few hundred years to set up a democracy:

“In a democracy, we have free elections every four years. Every person gets a vote. The power is for the group who receives the most votes. After four years, everyone is allowed to vote again and another group could take power.”

Such a proposal is immediately laughed off because “no one will give up power voluntarily.” Yet democracy “works” in the sense that changes in power are almost always non-violent.

Just because something sounds strange at first does not mean it will not work. Anarcho-capitalism has never been tried; just as modern democracy is also a relatively new idea.

It is quite possible that anarcho-capitalism, once tried, will spread as quickly as democratic forms of government have done over the past 200 years. Ideas that once seemed radical are the standard today and there is every reason to think that ideas that are radical now will become the standard in the future.

This article was previously published here.