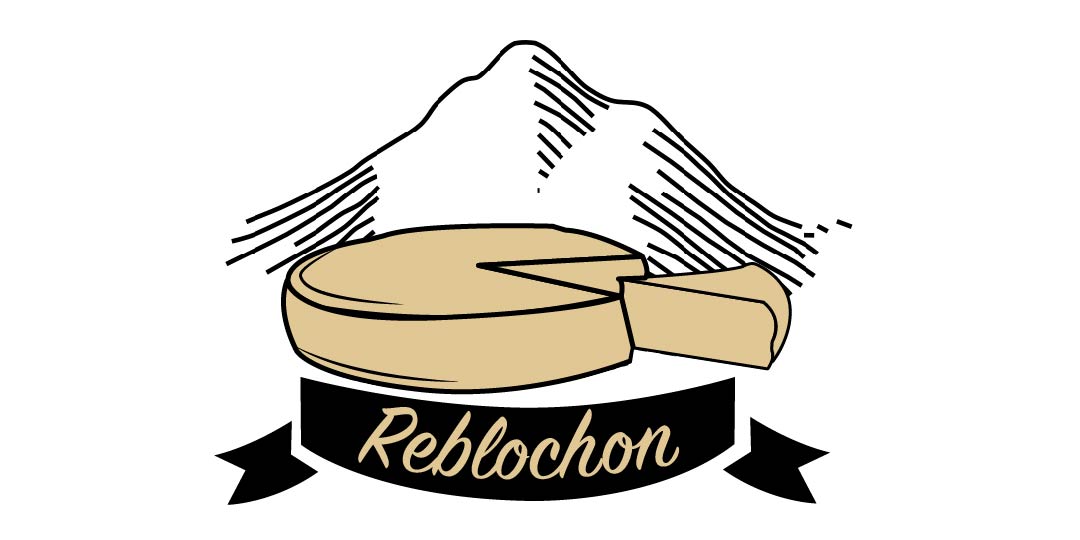 Charlotte D.
June 13, 2021
History
Reblochon is a soft French cheese made in the Alpine region of Savoie from raw cow’s milk. It is, without a doubt, one of the most famous French cheeses. It is commonly used for cooking in France and is a key ingredient to several dishes such as the popular Tartiflette; a Savoyard gratin made from potatoes, bacon and onions. However, few people know the story behind the origin of this cheese. In fact, Reblochon was born as a result of an early form of tax evasion in the Middle Ages.
Français
Español
Português

The story starts in the 13th century, in the Alpine pastures of the valleys of Thônes, located in the department of Haute-Savoie. At the time, farmers working in this area had to pay, each year, ‘le droit d’ociège’. It was a specific tax collected by the feudal lords, who were often nobles and members of the clergy. ‘Le droit d’ociège’ was based on the number of milk jugs produced in one day by the farmers’ cattle. From this would be deduced the quantity of butter and cheese that the farmers would have to give up to the lords. Indeed, it was common to use cheese as a form of currency during the Middle Ages.

Of course, the farmers were not fond of giving away the product of their hard work to the lords. That is why they soon figured out a way to decrease the quantity they would have to give away. To do so, they would decrease the quantity of milk, as the quantity of taxes was measured according to the quantity of milk, less milk in the buckets meant less taxes. In front of the inspector, they would do a first milking which was only partial, and as soon as this one had left, they would then proceed to a second and final milking, the latter being creamier made it ideal to make cheese. That second milking gave birth to Reblochon, its name coming from ‘rebloche’ which means ‘to pinch the cow’s udder a second time’ in the Savoyard dialect.

The story of Reblochon is inspiring in the way that it shows us that as early as the 13th century, people were already organizing themselves in some way to defend their legitimate property and freedom from those trying to violate them. In our current societies, violations of personal freedom and private property persist and keep growing, which is why, just like those farmers, we should also do what is in our power to defend our property and our freedom. The result of that freedom will be an increasing number of innovations and new products that those who tax couldn’t possibly come up with and which will please the masses, just like Reblochon.