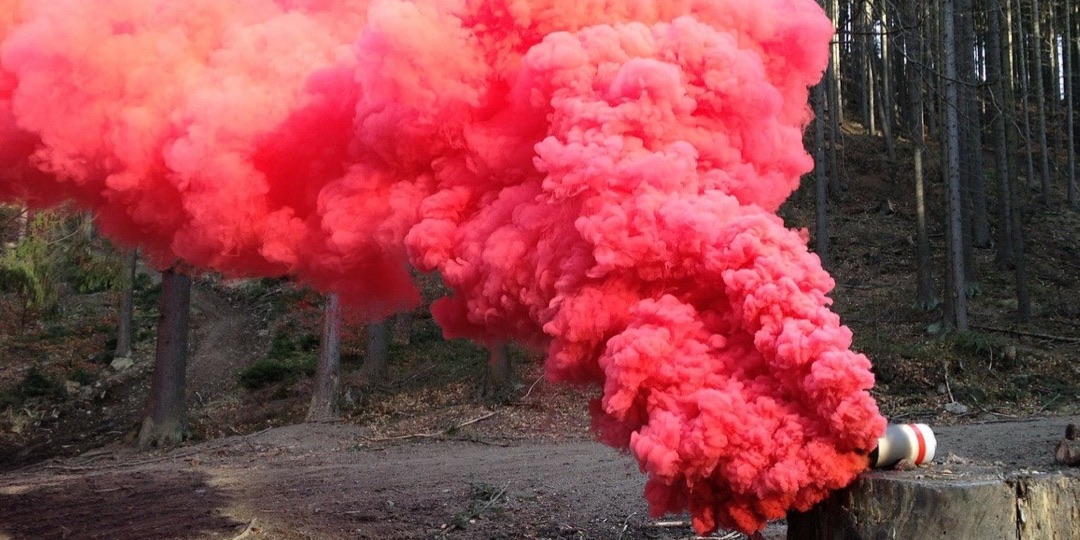 Marius Mioc
June 4, 2021
Politics
Perhaps the Chinese Communist Party could have exaggerated the Covid problem for political purposes – as a reaction to the mass protests in Wuhan and Hong Kong that occurred in the summer of 2019.

2019 was a year of big challenges for the Chinese Communist Party. In that summer, big demonstrations occurred in Hong Kong. Hundreds of thousands of people protested against the tendency of increasing the control of the Chinese central government over Hong Kong. Clashes between protesters and police occurred.

In the same summer, mass demonstrations started in Wuhan, a big city in Central China. The reason was the plan of the authorities to build a waste incineration factory.  The people of Wuhan ended up throwing stones at the police during this demonstration.

The Chinese Communist regime is not used to seeing mass demonstrations against its policies. In a totalitarian regime, a demonstration against some policy of the government has a bigger significance than in a democratic country. This was seen in 1989, when Communist regimes collapsed in the entire Eastern Europe. In each country, protests were growing bigger and bigger until the regime was forced to surrender.

Wuhan protests posed an even bigger danger than those in Hong Kong for the Chinese government. Hong Kong is officially accepted as different from the rest of China. Protests there can be labelled by the central government as a separatist movement, therefore, a solidarity from people of mainland China is easier to avoid. But in Wuhan there is no discussion about separatism. The danger of protests spreading to other parts of China was real.

Previously, the way the Chinese Communist Party dealt with people disobeying the regime was killing, imprisoning, and, if necessary, mass killings. During Mao’s leadership, it is estimated that between 40 and 80 million people were victims of unnatural death. In 1989, the Chinese government crushed by force the demonstrations in Tiananmen square. Since then, the Chinese Communist Party has evolved. The party is still not keen on allowing dissidences, but it has become more humane, seeking more modern ways to keep its control over the society.

Wuhan is the place where one of the biggest virology labs on Earth exists. The discovery of a new virus there (in this city there are a lot of virologists, but the virus may have existed for years in some other areas not inhabited by virologists) could have been the perfect pretence that enabled the Chinese Communist Party to address the unrest. The virus was proclaimed a big danger and drastic measures were taken. The inhabitants of Wuhan were put under house arrest. In order to justify those measures, footage of people collapsing on the streets of Wuhan appeared on the internet. The Chinese government was even accused of hiding the danger of the virus. ‘Official death toll only the tip of the iceberg’ was claimed in one of those videos posted on YouTube.

Whatever we believe regarding the danger that the virus poses, it is clear that the footage with people collapsing on the streets as result of a virus infection were fake. Nowhere else this happened. The Chinese Communist Party deserves the Oscar award for staging those videos.

On February 12, 2020 a lockdown was imposed in Wuhan. For the outside world, imposing a strict lockdown in a city with 11 million inhabitants was a confirmation that the new virus was indeed a big danger. For the Chinese leadership, it was only the pretext to give the stubborn people of Wuhan (and for others who may have been tempted to follow Wuhan’s example) a lesson: ‘You dared to challenge the authority of the Party, now we give you house arrest’. Claiming that Wuhan had a dangerous virus was also a way to avoid solidarity with the people from Wuhan in other Chinese provinces. For the Chinese leadership, the real danger was the spread of the unrest from Wuhan to the rest of China. The measures that were taken: contact tracing and surveillance cameras, not only in Wuhan but in the entire China, helped the Chinese Communist Party to become better at societal control, which seemed to be the real goal. In 2019, in Hong Kong, people were dismantling surveillance cameras, correctly assuming that they were being used by the government to find political opponents. After the Covid fear developed, many people considered surveillance cameras as a necessity to find those who were not following the quarantine’s rules.

We can see what the people in Wuhan believed about the lockdown from footage taken in early March 2020. While the Chinese vice-premier, Sun Chunlan, was visiting the quarantined city, residents of the city were screaming from their balconies ‘All of this is fake! Everything is fake!’.

The images with people collapsing on the streets of Wuhan made politicians in other countries panic. They were afraid of being accused of murder for not acting to stop a big danger. This is why they have copied the measures taken in China. After other governments implemented such measures, they could not cancel them, because they risked appearing like fools. It would have been political suicide for a politician who took such measures to say: ‘I made a mistake’.

Political interests from China and from other governments (after they copied the Chinese model) were sustained also by private groups of interests. Some companies from the pharmaceutical industry were prepared to use the opportunity of a pandemic to sell their products. In 2009-2010, during the ‘swine flu’ pandemic, a policy of spreading panic in the world also existed. Some pharmaceutical companies made billions of dollars with swine flu, selling vaccines with limited effectiveness and even harmful in some instances. Nobody was punished for the artificial swine flu panic. The politicians who accepted spending of people’s money for useless vaccines and that took costly measures, continued their careers and the pharmaceutical industry remained with the profits. This experience encouraged them to do it again. After Covid-19, we need to punish those responsible, to prevent another occurrence in the future, a ‘Covid-25’, or similar. Viruses are making mutations and a new one can be found each year.

On October 18, 2019, Bill and Melinda Gates Foundation and World Economic Forum organised ‘Event 201’ at John Hopkins University, in the United States. There it was discussed theoretically what should be done in a new pandemic. A plan was made to assure that people comply with the measures considered as needed. The provisions included the manipulation of the media, the overflow of all media channels with news which support the official policies, the censorship of people who would disagree with the measures and making contacts in advance with opinion leaders, including church leaders and non-governmental organisations, to support the policy of authorities. Social distancing and closing of activities were discussed and projections and graphs showing the awful spread of a virus if those measures are not enforced as quickly as possible were already prepared. When the covid pandemic was declared this plan was used.

Worldometers shows that the number of covid deaths per 1 million inhabitants is bigger in developed countries, that have been spending big money for healthcare and that have taken drastic measures (lockdowns and social distancing) to fight Covid. As of March 11, 2021: USA 1634, Belgium 1922, UK 1837, world average 339. There are countries with less than 1 covid death per 1 million inhabitants: Thailand, Bhutan, Mongolia, Vietnam, Taiwan, Tanzania, Burundi, Cambodia, Laos. It seems China suffered very little from Covid, as it only had 3 covid deaths per 1 million inhabitants. The Chinese economy increased by 2,3% in 2020, while all other major economies decreased. What is important to note is that Wuhan, even if it is a big city, has less than 1% of the Chinese population. The majority of China did not have lockdowns. 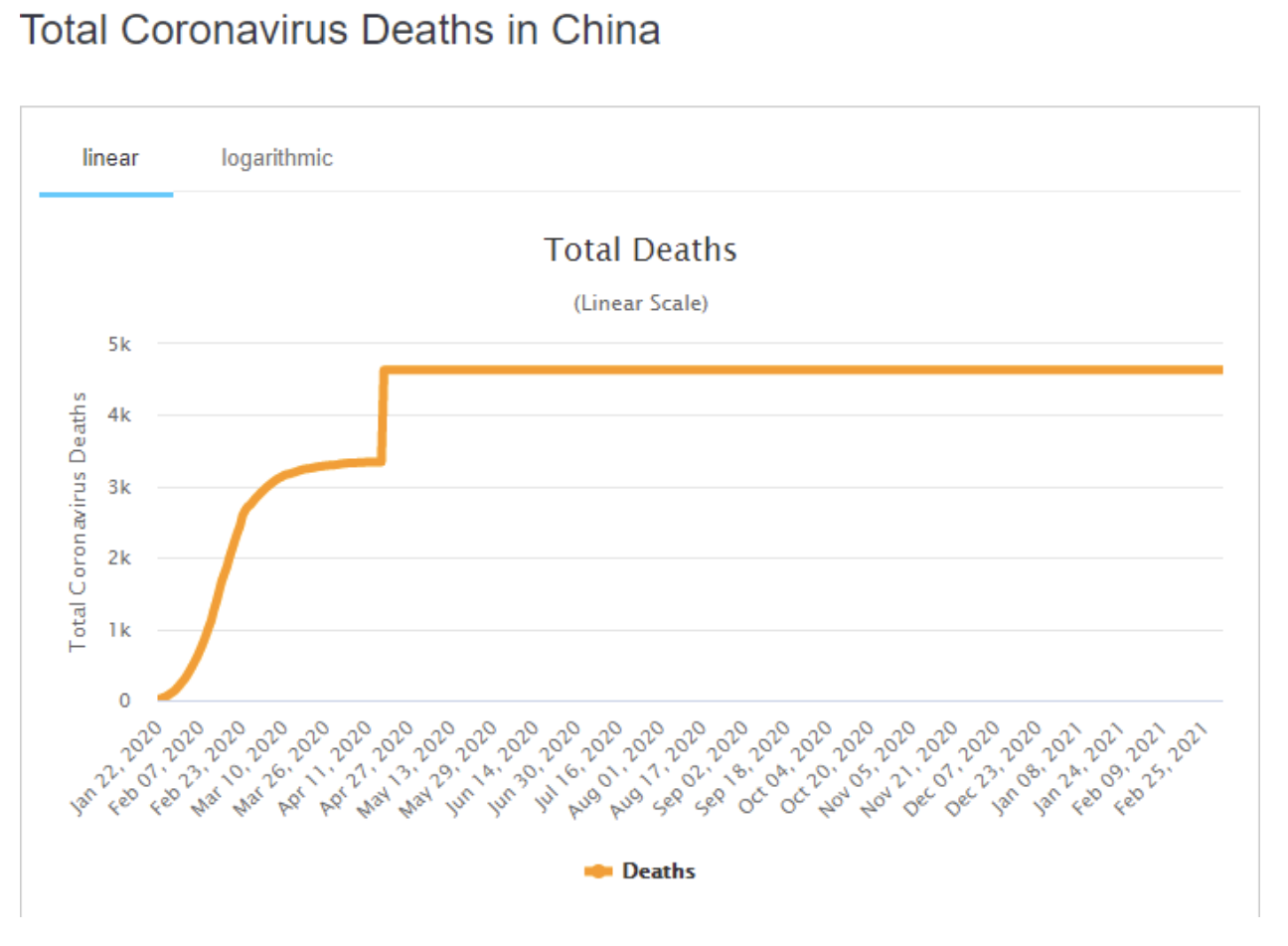 The Chinese ‘flattening of the curve’

Immediately after the Chinese Communist Party achieved its goal – population control, stopping unrest in Wuhan and Hong Kong –, the Chinese authorities had no more reasons to exaggerate the deadliness of Covid-19.

China did not forbid cheap medicine as hydroxychloroquine to promote expensive medicine which proves useless and have many adverse effects, like Remdesivir. The profits of western Big Pharma companies are irrelevant to China. Wuhan was already pacified. In Hong Kong, activists with political activities against the Beijing rule can be arrested in big numbers, without any significant opposition.

People from China know how to live in a Communist regime, as explained by the Soviet writer Elena Gorkhova: