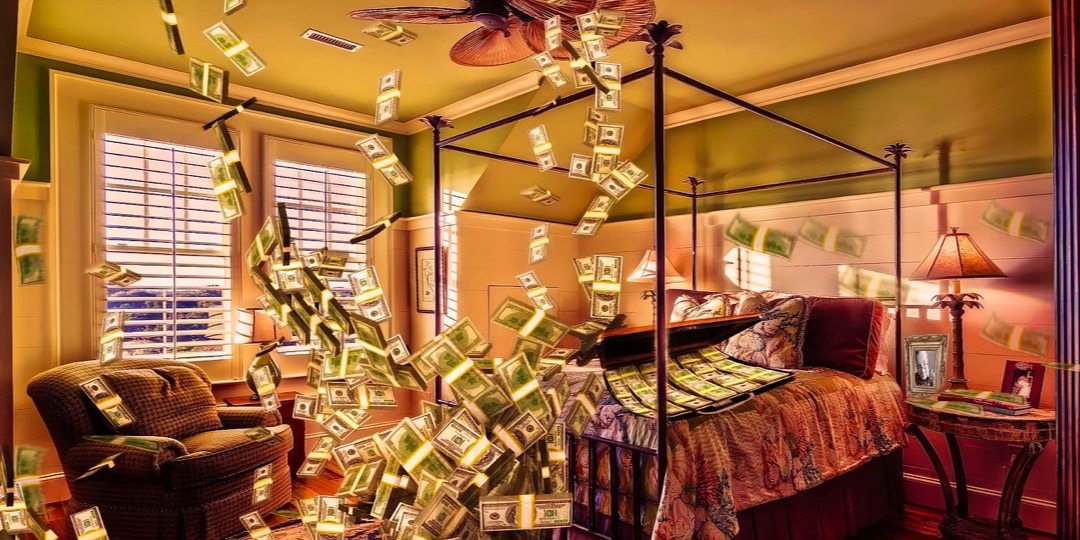 Wealth vs Income: Faulty Conflation and the Dangers of Taxes and Caps

Josh Lauson Ascough and Antony Davies
August 12, 2021
Economics
The conflation of income and wealth, doesn't seem to be one that intends to go away anytime soon.

Despite popular misconceptions, Jeff Bezos and Elon Musk don’t have billions of dollars, as the image above suggests, sitting in their bedrooms.

The conflation of income and wealth, doesn’t seem to be one that intends to go away anytime soon.

On July 20th 2021, Intelligencer commented on a publication by ProPublica (June 8th), stating that:

Both however, make a critical error in their judgements:

Wealth does not equal income.

Claiming the rich don’t pay their “fair share” of taxes on income, not only misses that most don’t receive income via hours worked, but instead via investment and capital gains; it also misconstrues wealth to be something it isn’t.

Income is the money compensation an individual receives, in exchange for providing services. The types of income are:

Wealth is the overall value of economic assets and resources; minus liabilities, one holds ownership over. Some types to consider are:

While an individual’s or corporation’s assets and economic resources are measured in money terms, this measurement is of overall market value, if such wealth was liquidated.

To give an example, let’s look at a house.

‘A’ would potentially have £250,000 if they decided to liquidate the asset by selling.

While many assets can be liquidated, there are assets that are harder to liquidate. The choice of liquidation is not a light one however. Owners will only sell if (a) they predict a trend of falling value, and so want to liquidate before they make bigger losses, or (b) they’ve seen a significant increase in the value of an asset; enough to make a profit and possibly invest in more valuable assets.

When it comes to the difficulty of liquidating, capital goods (or as Carl Menger called them; goods of higher order) are more difficult. This is due to capital being heterogeneous; serving as intermediaries in long-run, multi-period production processes. If governments were to seize these assets, it would have damaging affects; due to governments’ not having a profit incentive, nor an entrepreneurial drive, these assets would likely become derelict, and jobs at the lower end of the production process would be lost.

Taxing wealth has the danger of leading to a disincentive for expanding businesses, and lowering the scale of production periods and processes, including a decrease in the buying of property; this could lead to the bad kind of deflation (a fall in aggregate demand).

A cap on wealth would require a cap on the value of individual assets. To the average person this could be seen as restricting the number of jobs created, restricting demand and placing a cap on wages.

Wealth is a much more complex subject than it is treated. Any talks of seizing, taxing or capping wealth need to be taken seriously, or we risk seeing the lowering of quality and living standards.

Until recently, “economic inequality” tended to be synonymous with “income inequality.” People’s concerns about this sort of inequality are reflected in how we talk about and structure the tax code. A progressive tax code levies higher tax rates on those with higher incomes; a regressive tax code does the reverse. For as long as it has been measuring such things, the US Census Bureau has defined “rich” and “poor” according to income. In turn, the US government has based eligibility for many government benefits, like the earned income tax credit, Medicaid, and public housing, on people’s incomes.

But recently, the popular conception of “rich” has shifted from income to wealth: not what one earns, but what one has.

Taxing wealth also discourages thrift. A person who earns more and spends it all on extravagant living may have less wealth than a person who earns less and saves most of it. A tax on wealth punishes the second person, but not the first.

In addition to blurring the distinction between income and spending, how we measure wealth can conflate the distinction between realized and unrealized wealth. Jeff Bezos’ wealth exceeds $200 billion. But around 90 percent of that is wealth “on paper” – the wealth is unrealized. If the government were to impose a 2% tax on Bezos’ wealth (as several prominent politicians have argued), Bezos would have to sell $3.8 billion dollars’ worth of Amazon stock. That’s over 1 million shares. Cashing out that many shares would put significant downward pressure on Amazon’s stock price. And whence will the money come that Bezos will ultimately hand over to the tax collector? It will come from investors buying up the shares that Bezos sells. In other words, one of the things the wealth tax achieves is to draw investor money away from other investments and into Amazon stock by driving down the stock price.

And, if it is right that the government should tax Bezos’ unrealized wealth, why should it not also tax middle-class people’s unrealized wealth: the increase in the values of their homes and their retirement savings and pensions?

Wealth arises when we create more value than we consume. This is not something to be discouraged – and the surest way to discourage wealth creation is to tax it.

This author does not have any more posts.