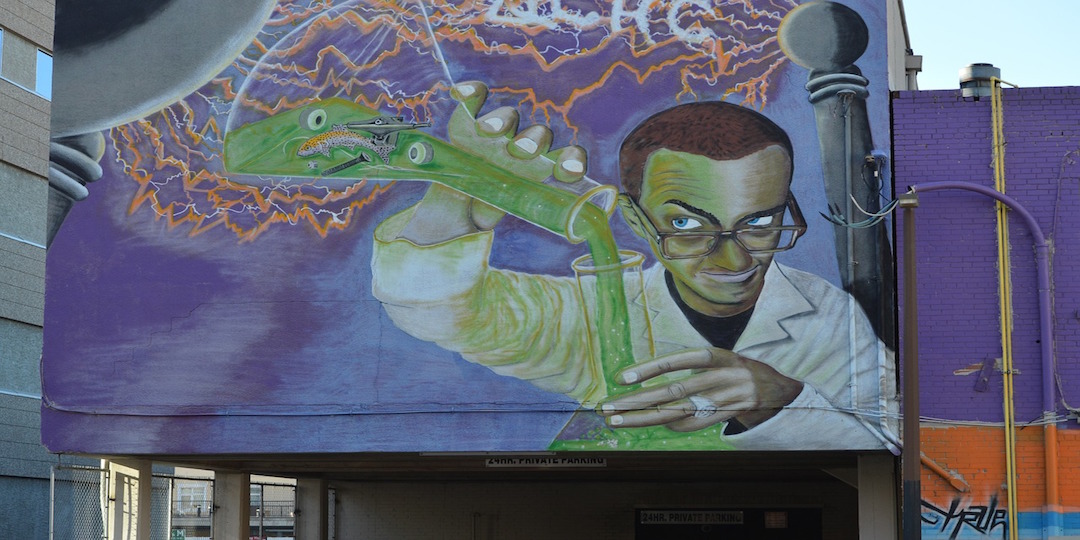 Get a Clear Picture of Science News

Horea Christian
January 23, 2021
Science & Technology
Pop-science is currently no topic to overlook on social media. Websites or social media groups sharing factoids or infographics amass millions of likes and receive a high number of content re-shares. In parallel, pop-science magazines also attract many readers and have a strong online presence.

The scientific readership routinely recognizes pop-science reporting as inaccurate, misleading, or even outright wrong. Oblivious to most science reporters’ lack of insight laymen may instead wonder: Why does technology not deliver upon the promises made by pop-science? or Why are pop-science reports so inconsistent? The answer to both questions is plainly: very bad journalism. However, instead of reflecting badly on its authors, sub-par pop-science undermines the credibility of research: creating the impression that science overreaches and cannot deliver, or that there is gross disagreement in the scientific community – even when there is little.

We assume that this incorrect appraisal is based on a series of misconceptions about what science news actually constitute, and we present a brief theoretical explanation of how one should best contextualize science journalism.

There are, of course, rare and commendable exceptions to the trends detailed below. Some scientists do in fact dedicate part of their time to personally report in an easily-understandable language on their own and their colleagues’ work. Also, some former science students or autodidacts may actually read, link to, and understand primary reports when writing articles. Lastly, a few top-tier scientific journals and some scientific communities do manage to maintain well-curated news sections (e.g. Nature News or physicsfocus, respectively).

Sadly, these are not the science news you routinely come across.

Contrary to many a layman’s impression, pop-science is seldom written by actual scientists or by people somehow affiliated to research. Admittedly, a very small number of science journalists may try to leverage extra credibility with some quasi-relevant degree obtained at some point in their lives, but alas, a BSc. does not a scientist make – and certainly not one who can report on topics across the board. It is entirely possible, if not common, to coast through Master’s or Bachelor’s courses without ever being up-to-date with primary scientific literature – and certainly without acquiring the skills needed to critically report on it.

To put science journalists’ personal credibility into perspective: as a rule of thumb, there is little reason to assume they are any more educated on the subject matter than the average college graduate. Consequently, their writing should never be taken at face value in the absence of corroborating references.

Why Does One Write Pop-Science?

The chief claim of pop-science authors is that they want to educate the public on the wonders of science. To be sure, there are many science educators out there: working in schools, universities, and even on the internet (teaching basic principles of science on YouTube, or answering questions on StackExchange). What these science educators have in common is that they package information in a teaching-friendly format: starting with their target demographics’ basics and working up from there. Journalism, typically, does not fit this format. Knowingly or otherwise, science journalists undermine science education, and instead mangle research reporting to fit their dissenting requirements:

Science as the Dancing Monkey

A more veracious motivational statement is in fact hidden in the the claim mentioned above – “the wonders of science”. That is what many science journalists actually want to sell. In doing so, they reformat (or re-imagine) scientific discoveries according to a formula more closely resembling sci-fi than science education: high entertainment value, no prerequisites. Current research, however, seldom makes fitting material for bombastic headlines (aptly satirised in “Questions to which the Answer is No”); and sacrificing insight to better deliver awe-inspiring reports leaves readers oblivious to crucial limitations of primary/secondary research, research tools, and the scientific method. This incites both inappropriate expectations, and wild speculation as to why they are not being met – ranging from conspiracy theories to distrust in scientists’ capabilities, but somehow omitting distrust for the actual reporter.

Science as the Pope

Other science journalists may choose to also (or rather) market the credibility of science. Opinion pieces can easily become more authoritative if they are disguised as science news; and people are easier to rally to a cause if they can be convinced it is a logical response to objective evidence. This motivation is most clearly seen with politically controversial issues, such as global warming or GMO-related risks. The strong agreement of the scientific community on both these issues (plainly: global warming is happening, and GMOs are not dangerous – also see sources here for the latter) is obscured to consumers of pop-science, precisely because many science journalists use selectively reported research to license a political agenda.

Where do Science News Come from?

Unsurprisingly, science news originate with scientists. Members of the scientific community publish new findings in specialized periodicals called scientific journals. The reasons why the public does not directly read these journals are twofold: the articles are often laden with difficult jargon, and most of these articles are in fact inaccessible to the public in the first place (the latter of these two phenomena being duly combated by the open access movement).

One of the many detrimental effects of such closed-circuit publishing is that both journalists and the broad public are certain to not be able to read the actual research. Thus forms an abstruse system that both precludes journalistic competence and transparency and hinders public review. In practice this translates into two licenses for pop-science journalists:

While cases where journalists completely fabricate a scientific finding are not unheard of, most often they base their reporting on any of the following sources of information:

So, while you might believe that science journalists translate dense information from primary sources while keeping things accurate for your convenience; the science news you actually read are but superficially (and perhaps repeatedly) rehashed summaries of reports simplified elsewhere by other people. Such repeated simplification by people other than the article’s author leaves both of him and his reader in the dark on why and what information was left out. This in torn makes both author and reader soundly unable to draw any pertinent conclusions in the article, or based on the article.

Why Does One Read Pop-Science?

It would be folly to propose that the sorry state of popular science arises solely from journalists selling sub-par content to people who want something else entirely. While it is debatable whether offer gave rise to supply – or vice-versa – the reasons to read pop-science fall remarkably well into the pattern given by the reasons to write it.

Readers do not seek out pop-science to increase their understanding, they seek it for the thrill of awe-inspiring factoids or for moral guidance (or worse, support) on heated issues. So perhaps, in the appraisal of science news, being critical of one’s own motivation to read is just as crucial as being critical of the journalist’s personal credibility and sources.

Readers who seek entertainment should best beware that more often than not that is exactly what pop-science offers them: Brief entertainment – which is best not taken to heart as veritable fact after the reading is done.

As a reader in search for moral guidance on heated issues, it is best to understand that research is a process much different from debate. As hypotheses go, making sense is a very cheap quality, and rhetorical accomplishment counts for little in scientific discourse. Plainly put, if you want to cut a debate short by falling back on science: a breathtakingly well-written article is worth naught without supporting primary references or meta-analyses that the reader can verify.

Lastly, readers seeking to be informed on the developments of science might best look to obtain a clear picture of the respective research field elsewise – e.g. via academic review articles and tertiary sources, including Wikipedia. Only with a clear picture of current research in mind can one understand and interpret others’ unclear writing (at which point that writing becomes less informative regarding the research, but more informative with regard to the author or publisher).

This article was originally published here.

Horea Christian is neuroscientist, psychopharmacologist, and free software developer, working on neuroimaging and psychopharmacology, with a particular methodological focus on free, open, and reproducible research. His particular interests relating to freedom lie in how it can invigorate exploration and creation, as manifested in science and engineering. Over the course of his academic career he has studied at the University of Heidelberg (DE), the State University of St. Petersburg (RU), and the ETH Zurich (CH), from which he holds a doctorate. He has further worked as a researcher at the University of Oxford (UK), the Massachusetts Institute of Technology (MA/USA), and the University of Oldenburg (DE). He self-publishes numerous academic and software resources, best accessed via his website, chymera.eu